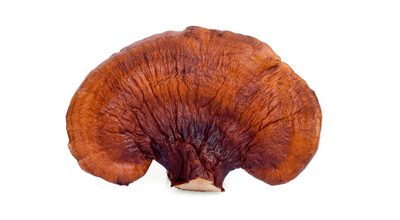 What is Red Reishi Mushroom Extract?

Reishi mushroom has been revered in China for thousands of years. It is depicted in many Chinese works of art and is utilized in Traditional Chinese Medicine. Today it is widely cultivated using a method of wood log cultivation in shade houses.

Scientific research into the compounds responsible for Reishi mushroom activity began in the 1970’s in China and Japan. Scientists discovered highly active beta-(1>3)-glucans with the ability to potentiate innate immunity by activating immune cells. Also discovered were secondary metabolites called triterpenoids which were present in significant amounts and sets Reishi apart from all the other medicinal mushrooms.

Typical Dose 250mg
Common Ranges 250 - 750mg
Dosage Ratio 1:1
Dosing Interval Once a Day
Optimal Timing Anytime
Optimal Use Empty Stomach
Taste Profile Bitter
Solubility Soluble in water
Ingredient Code: P088 Stability & Storage:
Stable at room temperature. Prone to clumping in humid conditions over a period of time. Store with desiccant pack in tact. Safety Information:
Always check with a qualified healthcare professional before taking this supplement if you are pregnant, nursing a baby, under 18 years of age, or if you have any known or suspected medical condition(s) and/or are taking any prescription or OTC medication(s). Keep out of reach of children and pets. Disclaimer:
This product is not intended to diagnose, treat, cure, or prevent any diseases. These statements have not been evaluated by the Food and Drug Administration. Supplements are not a substitute for a healthy, varied diet.